Agar.io is an incredibly popular mini-game game that is played with other people from around the world. It is extremely simplistic and addictive. There are tons of competitive modes that make it very challenging to play. But if you want to make it easier, and more versatile, this is the article for you. That’s right we are going to let you know all about Agar.io hacks.

We will not only take a look at Agar.io hacks in the article but we will also look at the way you can use these hacks and what exactly Agar.io is, for the readers who are unaware. Excited to trounce the competition? Let’s get started.

Like we mentioned earlier, it is a multiplayer minigame enjoyed by millions of people. It was created by a Brazillian game developer Matheus Valadares. This game requires no installation and you can play it on your browser. The game has a simple mechanic. In the beginning, you are just a cell. You can eat Agar (small pellets) or smaller cells (other players) while avoiding larger cells ( also other players). You can control the movement of your cell with the mouse pointer and split using the spacebar and lose weight using the W key. The aim is to be at the top of the leaderboard. You can also play this game on Android and iOS. You can check out this game using this link.

Since Agar.io is a browser game, all of the hacks are scripts. You can learn how to use them in the next section. There are many Agar.io hacks. But for now, let us begin with the list of all the best Agar.io hacks.

This mod, created by the user Ajax, allows you to do multiple things that you cannot otherwise. It can show mass and set it to a dark theme. It also lets you do a trick-split by pressing E or 4,  triple-split with 3 and a double-split by pressing D or 2. You can also feed faster by pressing Q. You can check out this mod here.

Previously known as Agar.io auto respawn (evergreen), this Agar.io hack is super useful.  For starters, it lets you auto respawn and if you prefer using the arrow keys instead of the mouse cursor for movement, then this mod will allow that. It also lets you copy the leaderboard names to defeat teamers. You can grab this script here.

This hack only changes the basic gameplay but the improvements it does to it are amazing. Using this script, you can block ads, change the background, get free skins and more importantly, lets you zoom in and out. Check out the mod using this link.

Remember how I said losing mass is a gameplay mechanic? This mod allows you to eject six units of mass each time while pressing the E key. To continuously eject mass, long-press the key. W will still do the normal eject. Click on this link and press Install this script button.

This mod was created by Tom Burris to immediately eject mass and when you long-press the W key and perform more splits. The A key will do a double-split while A plus spacebar will do a triple-split. Pressing D will do a quadruple split. You can check out the mod using this link and start having more fun.

This is one of the most feature-filled hacks. It provides a ton of functionality. This mod brings a lot of skins to the table, like Legend, Ogario, kitty, Old Skins, and Animated Skins. It also has over 600 macros for all the splits and freeze cell functions. It also provides auto respawn, quick feeding and auto coins. If you want to learn more about this mod, then please check it out here.

This is one of the most useful Agar.io hacks. Made by the author Agar cheats, it lets you color code the enemies and enable zoom. But perhaps best of all, it also gives you a minimap, the opponent sizes and even shows borders. You can check out the script here.

This mod allows you to push all buttons on the map by holding ~ key. It also lets you draw a circle and an image by pressing – and + respectively. This script was provided by Hottie Ness and you can download it from here.

User scripts are awesome because they let you customize your browsing experience. They can add the features you want to add and even remove bloatware and other things that are unnecessary. They very simple to use and all you have to do is follow these steps.

That is all there is to know about Agar.io hacks. Hopefully, you now have an edge over other players and are now enjoying the game much much more. Remember that all of the hacking tools etc are usually fake and please don’t waste your time on that. If you have any doubts or suggestions, like more useful mods, please let us know in the comments section down below. 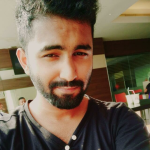 I love helping people solve their problems related to Windows, Android and Gaming. I am Full time Writer at JellyFishOperations